Sark - Tron - Glow In The Dark 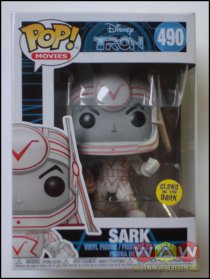 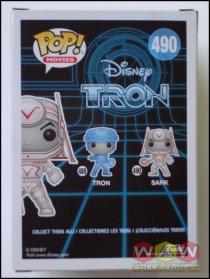 Type : Vinyl Bobblehead
Character(s) : Tron
Serie : Tron - Disney
Serie nr. : 490
Release : 2016
The ultimate tool can become the ultimate enemy. A computer programmer is transported into a computer mainframe and has to escape! In order to do so he must interact with various programs. This is none other than Disney's classic film Tron. Disney's Tron, now has a few characters joining Pop! This series features Tron - the self-monitoring security program, and the evil program Sark! Both Pop!s hold discs from their fierce disc battle!
The Sark Pop! figure stands around 9cm tall. Packed in an illustrated window box.